Book Review: Wait For Me by Susan May Warren 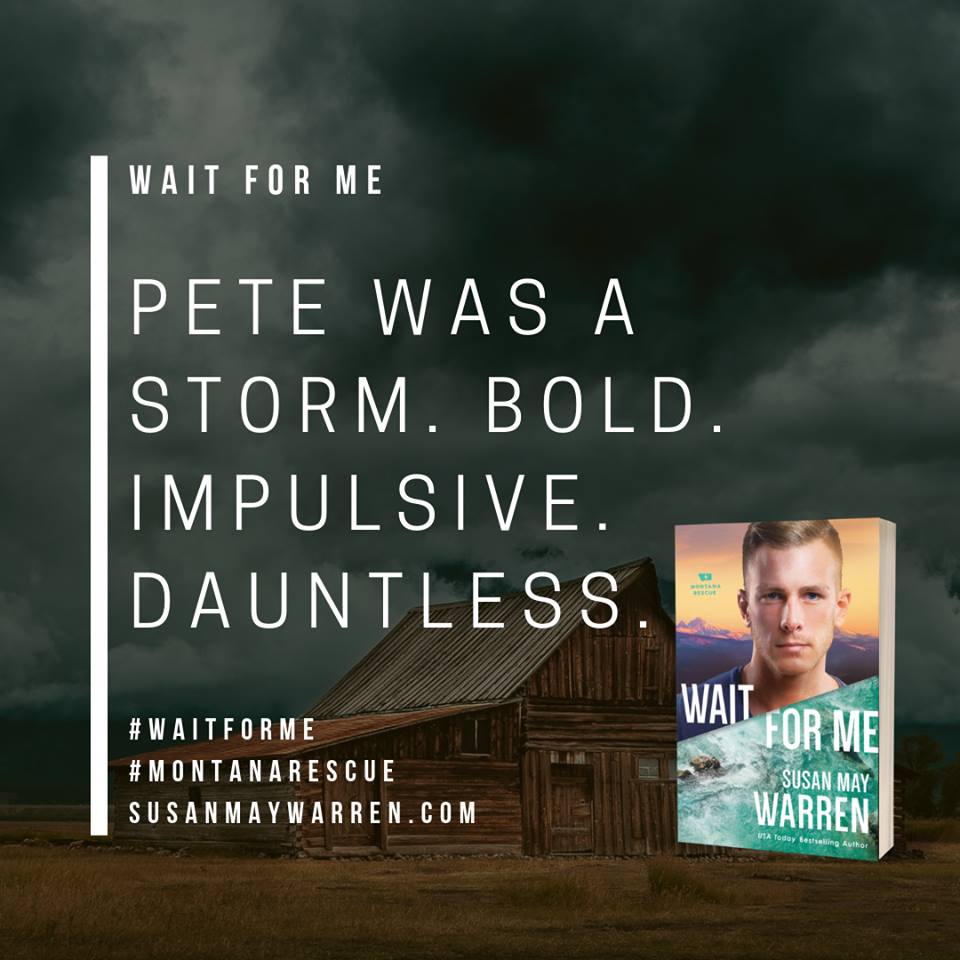 Wait for Me is the sixth and final installment of the Montana Rescue series and readers have been craving to hear the final story of Pete and Jess. For fans of the series, we’ve waited with them and for them. But as we walk on the page with the characters, their journey is far from over.

If you’ve followed the series, you know this is a much-anticipated romance that has been building over the entire series. As with real life, some of us take longer to grow into who God designed us to be and accept who we are in His eyes.

Medic Jess Tagg, AKA socialite Seline Jessica Taggert, lives with regret. She walks on the page engaged to Felipe St. Augustine after telling Pete in Troubled Waters that she’d come back to him. Is she engaged or isn’t she? Sometimes she doesn’t even seem to know and neither does her fiancé.

Readers will also remember the scene teased in the Storm Front epilogue. I expected the story to start with that scene—I won’t give it away in case you haven’t read it, but the story starts a little before that, setting up the scene that’s pivotal to the plot.

While Storm Front brought me to tears, Wait for Me kept me on the edge of my seat. It’s filled with high action and heartache.

How does one choose between the life laid out for them and the life they long to live? Who are they obligated to? How does someone who’s had disaster hunting them throughout their life ever feel redeemed? Like the hero? Like he can be there for the people he loves when they need him?

I loved the mysterious twist near the black moment. No spoiler here, but I thoroughly enjoy a story that isn’t predictable.

It’s no secret that I’m a big fan of this series and I’ll miss these characters. I hope they’ll make some cameo appearances in a future series.