Book Review: Light My Fire by Susan May Warren 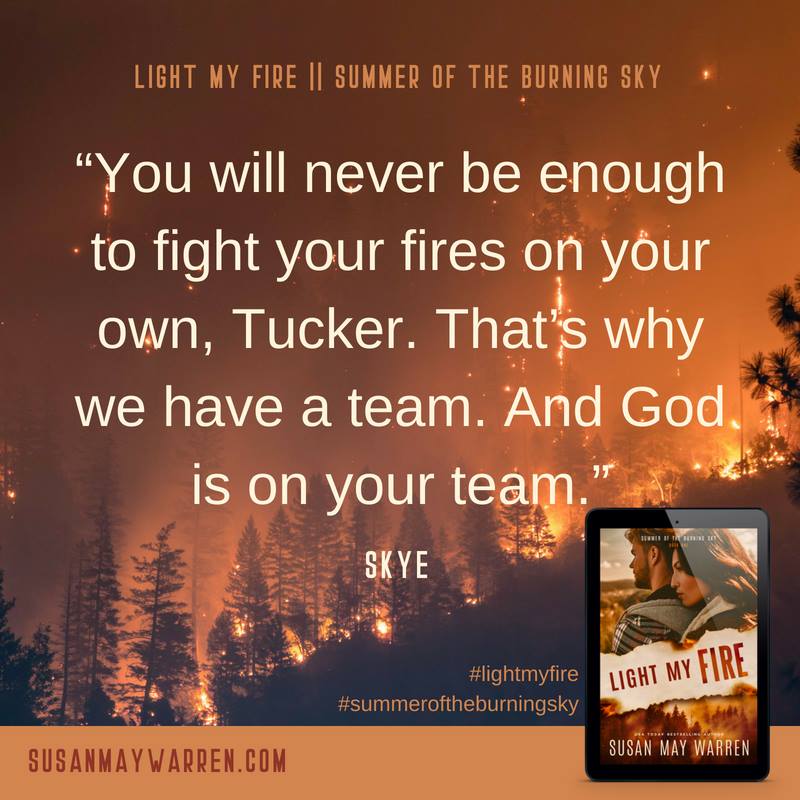 The newest series from author Susan May Warren, Summer of the Burning Skies, I found a lot to love in Light My Fire. The book follows Tucker Newman, who’s been put in command of a team of Montana smokejumpers detailed to fight fires in Alaska and U.S. Marshal Stevie Mills, a loner who can’t shake decisions in her past. When the prisoner Stevie is charged with transporting is mistakenly released to an inmate fire work crew, and later escapes, she’s going to have to find some common ground with Tucker.

Fast-paced and exciting.  It’s easy to develop a soft spot for Tucker, the man who wants to do the right thing and to prove himself. And Stevie, who may be trying to prove something herself. You don’t need to have read any of the Montana Rescue series to jump right into this series.

I thoroughly enjoyed the action, danger, and romantic tension. Even at a novella length, the characters have depth and the story world is well crafted. There’s no skimping on plot or character arc—it’s all still there. Fans of the Montana Rescue series will enjoy the tie-ins, but they aren’t required reading to dig into this series.

As it’s a novella, the only downside is that it might leave you wanting more of Susan May Warren’s writing. The tightly written storyline has no room for subplots, though you’ll find hints that there are definitely more stories smoldering under the surface for these smokejumpers. I’m looking forward to future releases in this series to see those fleshed out and revealed.

Already read Light My Fire? Check out book two, The Heat Is On, and book three, Some Like It Hot.