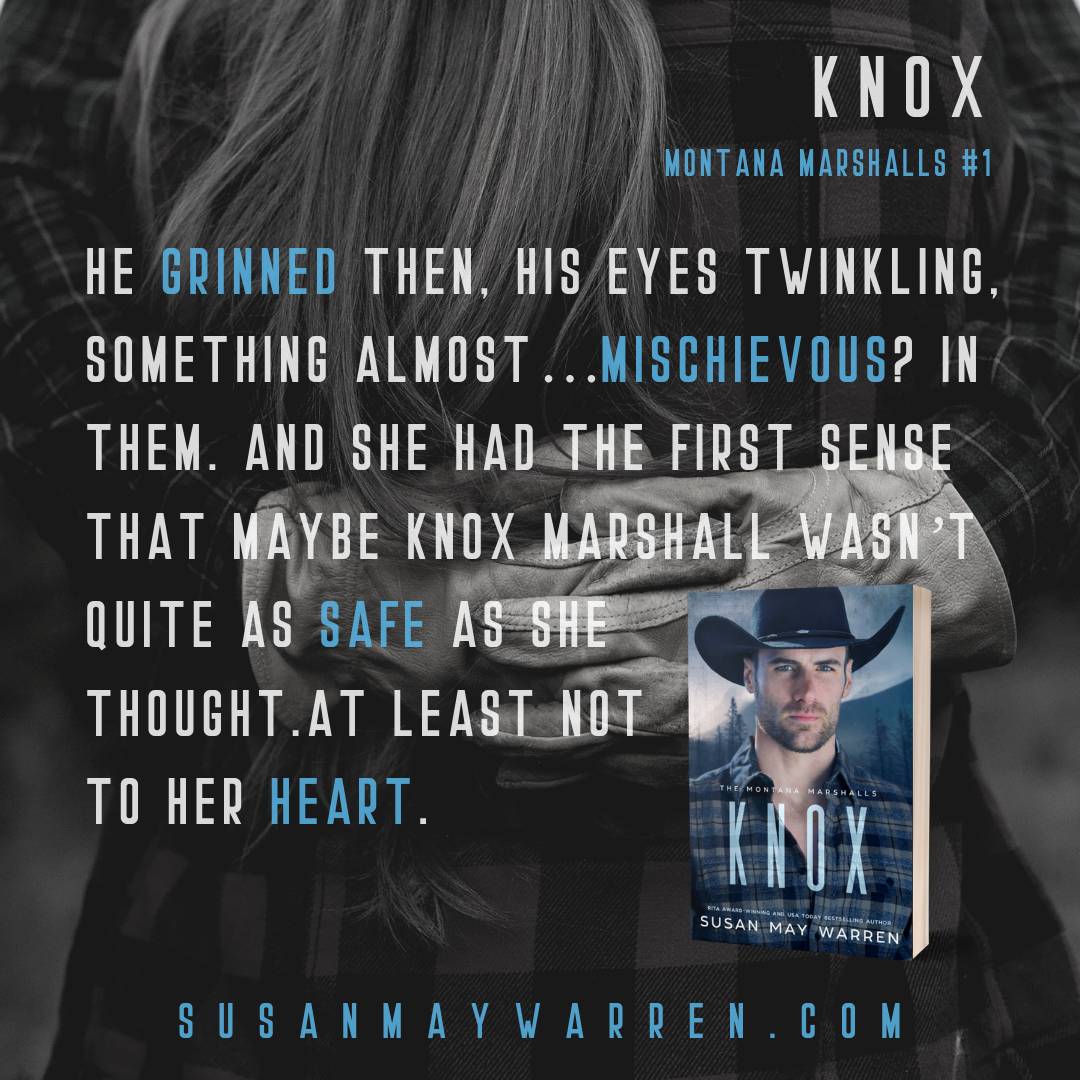 Knox Marshall is the guy who keeps his promises. The promise he made to his father led him to save their family ranch. And, after an explosion at a national bull riding expo in San Antonio, the promise to keep Kelsey Jones safe. But Kelsey isn’t one to trust readily and she has good reason to be looking over her shoulder.

Readers of the Montana Fire series will recall the character Reuben Marshall comes from a Montana ranching family. Knox is his younger brother. While it appeared to his brother that Knox was given all he ever dreamed of, the truth is deeper than that. Knox has looked out for their mother and worked hard to save the ranch, all the while never seeking his own dreams for his life.

Kelsey makes it clear she wants nothing to do with Knox, but when her bandmate hires Knox’s brother, Tate, for security, there’s one safe place Tate knows to go when trouble seems to follow the band. Back to the Marshall ranch in Montana. That decision takes Kelsey Jones straight back into Knox’s world.

But who’s actually in danger and why becomes a bit of a mystery as the plot unfolds.

Susan May Warren delivers with the breathtaking excitement and adventure her novels are known for. Long-time readers will appreciate the appearances of several characters they recognize from previous series, including Rafe Noble, Gilly Priest, Rueben Marshall, and Ben King. Warren’s craft delivers these characters in a natural way that never feels contrived or forced. They’re not gratuitous cameos.

The characters and plot are compelling and the spiritual journeys are relatable. The final pages leave the reader ready to dive into book 2, “Tate,” to be released later in 2019.